Instead of driving Shiny straight into the 2018 Bomb Cyclone I probably should have done things a little differently.

One thing I’d have done is ask my friend John Crowell if I could have parked Shiny overnight inside his place of business to thaw out. Get rid of the 6 inches of solid ice on the roof. Aw it’ll melt. NOT.  I should have listened to my cousin Lorraine who encouraged me to remove the ice before we traveled.

We ended up going through a truck wash in Raphine, VA to get it all off.

I really thought we could sneak out ahead of the storm. We even left a day early. But the storm was much bigger than expected, or it moved further inland then expected, or something. In any case we ended up driving right dead smack into it.

We shouldn’t have spent the night at a Cracker Barrel in Fishkill, NY prior to the storm. But we were tired and so stopped there at 10:00 pm. The restaurant chain is RV friendly and makes overnight parking  spots available for weary rovers like us.

There was a 24/7 car wash right next to the Cracker Barrel that seemed to attract every testosterone laden lad with a loud exhaust system within a 100 mile radius.  Lets just say it wasn’t the most peaceful night of rest we ever had.

For more than one reason we should not have taken the time to have breakfast at said Cracker Barrel. The wait staff were friendly and they all said if your going west you’ll be fine. They did mention that the Fishkill school system was closed because of the impending storm which should have raised an alarm or two. Then when we topped off the gas tank before getting back on I84 a fellow gas purchaser said “if your going west you’ll be in good shape”. Ya right.

We should have sucked it up and kept driving Wednesday night. But that’s hindsight for ya.

After about one hour of driving in the morning, from Fishkill, it started snowing and the wind started blowing so hard I had to slow down to 40 MPH. I just didn’t dare drive any faster. We were being blown all over the road. The wind didn’t seem to affect the truckers and they were piling up behind me so when we got to the Pennsylvania border and the Welcome Center I pulled off.

It turned out to be a great place to wait out the storm. There was free WiFi in the parking lot, friendly attendants in the Welcome Center and a 700 pound stuffed black bear in the lobby to stare at.

The truckers had to leave by 7:00 pm so except for the sound of the sideways blowing wind and snow, the purring of the furnace and the low moan of the generator it was quite peaceful.

Shiny is pretty well insulated and kept us comfortable. The batteries did not fully charge from the short drive from Fishkill to the PA welcome center so I had to hook up the generator to keep the furnace running.

I did wake up at midnight by the lumbering sound of the furnace which turned out to be run down batteries. Guess I didn’t run the generator long enough.

I wanted to wake Susan up to get the generator going but thought that would probably be a mistake. So I bundled up and walked out into the blizzard and wouldn’t you know it despite the whole parking lot being empty, another RV’er had decided to park right up next to us. My conscience wouldn’t let me run the generator so close to them so I started the truck, which also charges the batteries, and went back to bed. I got up two hours later and went out in the storm again to shut the truck off.

In the morning the snow had stopped but the wind was still blowing in good shape. The temperature was 1 degree.

All the snow and ice that we neglected to remove before we left had melted above the roof vents and the two sun roofs and was now refrozen on the sides of Shiny. The awning was now encased in a big blob of ice. A very impressive sight for sure.

We had some condensation problems inside around the windows.

All in all though Shiny held up extremely well. We got back on the road and headed for Virginia where even colder weather awaited us.

Fighting the wind the whole way to Virginia made for one of the most exhausting drives I’ve ever done.

It was, however, an exciting start to our 6 month Sojourn! 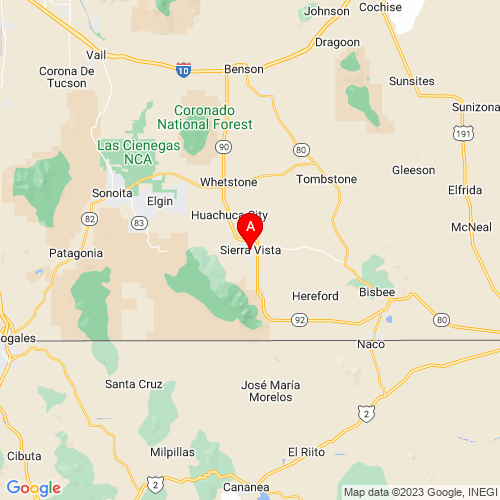